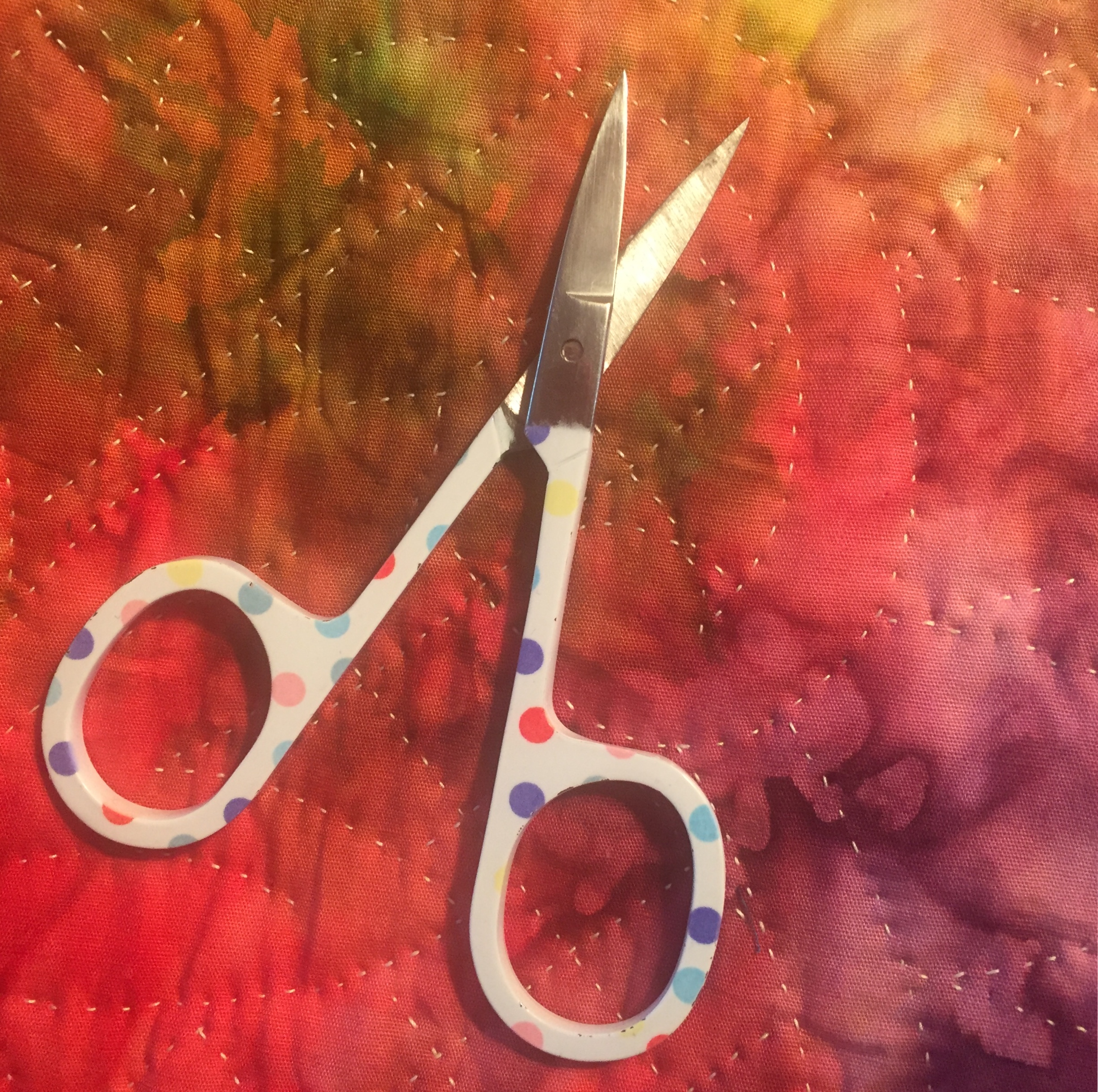 My dad loves to tell this story about me when I was little.

I was trying to cut a piece of string with a pair of standard silver kindergarten scissors. Even right out of the package, those scissors are never very sharp, so it took several tries to make my cut.

When I was finished, I piped up and said, “I only had to gnaw on it three times!”

The other day something happened that reminded me of that story.

I was working on my temperature afghan and grabbed a pair of scissors with a high Cute Factor (multi-colored polka dots!!!) to cut some yarn. Unfortunately, while this was an extremely cute scissors (did I mention polka dots?), it’s not exactly sharp.

Once again, I was forced to “gnaw” on it.

When the time came for the next cut, I reached for a different pair of scissors.

And in that moment, I realized even a small, ordinary thing (like a pair of scissors!) has something to teach me about the world.

Use The Right Tool for the Right Job

One day I was outside working in my flower garden, digging away when I decided a bush needed pruning. I mentioned it to my seven year-old son, who promptly ran inside and triumphantly returned with my fabric scissors in hand.

(Do I get extra points because I managed to politely ask him put the scissors back precisely where he found them, safe in their case and bring the garden shears instead?)

Life is better, happier, and simpler when you use the right tool for the right job, not the wrong job. Scissors are a shining example of that principle in action.

So if you need to cut fabric and you don’t have good fabric scissors, save yourself the time and frustration, and just go buy a pair.

Get the Best You Can Afford

Repeat after me: a scissors –or any tool that is important to what you do–is the wrong place to save a nickel.

Yes, a good scissors may seem expensive, but it’s also a great return on investment because when treated well, it will last for years and years. And it’s a lot less expensive to buy one great scissors than two or three junk pairs…and finally the good scissors you wanted in the first place.

Scissors and rotary cutters, knives, too for that matter, are supposed to be sharp so you can easily turn one thing into two things. (Seriously, that’s their job, their only job.)

A sharp scissors or rotary blade deserves plenty of respect because there’s always a possibility that you can really cut yourself.

But here’s the thing, even a dull blade feels really sharp when it’s slicing of the side of your finger! And every time I’ve cut myself, dull blades have been partly to blame. Respecting tools means keeping those blades sharp like they’re supposed to be.

With sharp blades you apply less force, have more control, and cut more smoothly. So, if your scissors are dull — take the time to sharpened them…right now!

And there ya have it — three life lessons from a little polka dotted scissors that didn’t work.

Now the next time you reach for your favorite scissors, take a moment to think about all the reasons you love it. Maybe even send me a picture!