I’ve now entered the part of the summer that leaves me wanting to yell “TIME, STAND STILL” at the top of my lungs and hope the universe responds by slowing the pace just a bit.

All my previous attempts with this tactic during summers gone by have been unsuccessful, but I still find myself wondering if maybe this year will be different?

However, what I have learned over the years is that, while hollering at the universe doesn’t help a fig, making a conscious effort to slow down does change things. Here’s what’s worked for me.

Be Lazy
The remnants of a tropical storm recently passed through our area and made for a couple of days that were gray and incredibly humid. Even though it wasn’t all that hot outside, it was enough to leave me feeling a bit sluggish, so I told my husband, “I feel lazy today.”

He told me if I wanted to go that route, I should really go for it, maybe put on a cape and draw a giant “L” on my shirt and be SuperLazy. I couldn’t lay my hands on a cape (and I knew I’d feel silly wearing a bath towel like I did when I was a kid), but I decided his basic premise was right on target.

I went for the lazy. I took everything off the day’s to-do list and lazed around instead. Low and behold, the day seemed longer when it unfolded with no prescribed agenda to follow. I know I can’t do that every day, but every now and again, it’s just the ticket.

Be Unplugged
I’m far too guilty of being plugged in and jumping to the beat of my cell phone’s chirp, bleep, or chime. Phone calls, texts, social media messages — each different sound prods me, letting me know someone somewhere is contacting me.

Even when my family is together at a restaurant, if one of us has a phone, there’s invariably a moment when someone decides to “look something up.” Before long we’re passing the phones around showing one another funny memes and silly cat videos…and WHOOSH!

I’m tired of losing precious time to the phone or tablet. And turning off the ringer isn’t enough – simply having the phone in proximity changes situations. Now I’m making an effort to leave the phone in the car or on the charger – basically, anywhere away from me.

Be Present
Camera are always within easy reach these days, and it’s a mighty temptation to record these summertime memories. Quick — snap a picture of the watermelon before taking a bite. Hurry – get a video of those baby ducks swimming along the edge of the lake. Right now – capture that beautiful pink and purple sunset before the light changes.

But taking a picture always puts something (literally –the camera!) between me and the thing I’m photographing. Which means, I’m not looking at the watermelon, the ducks, or the sunset, I’m looking at a screen.

Being present means not being in such a rush to take the picture and instead to notice the world around me, to to engage with reality first. Take a bite out of the watermelon, quack back at those baby ducks, or watch the sunset for a while, after all sunset pictures never turn out quite as lovely as the real thing.

Be Slow
I’ve written about my obsession with hand piecing and hand quilting before, but I come back to being slow again and again. Hand piecing slows me down. There’s no such thing as a pieced quilt that’s hand stitched in a weekend. And the same holds true with a hand quilted quilt.

It’s not that I’ve got anything against sewing machines (I own one!) or long-arm quilting machines. It’s just that for me, sometimes it’s better to take the slower, more intentional way rather than the faster way.

There’s no inherent value in being busy and rushing around helter skelter. Having a calendar that’s filled to the brim with this or that doesn’t make me a better person.

I want to enjoy and remember individual moments, not merely the mad rush getting from one place to the next, from one instant to the next.

Being a little lazy and slow, being unplugged and present? These aren’t magic solutions, and they don ‘t give me more hours in the day or more days in my summer, but they do help me slow down be truly present in the moment and make better memories.

Last weekend Snowpocalypse 2019 was forecast for mid-Missouri, so I did my part by making the requisite run to the grocery store for snacks (something sweet and something salty), toilet paper (definitely don’t want to run out of that), and some easy sandwich fixings in case the power happened to go out.

The snow was really coming down as I slowly made my way home early on Friday afternoon. The roads were starting to get slick and by the time I arrived safe in my driveway, I was more than a little glad I’d rescheduled a 3pm appointment for earlier that day.

By 5pm, I’d already made my first scooping run on the deck and broken the push broom I was using. I knew if the snow kept up this way we wouldn’t be going anywhere any time soon.

And this is what that same corner of the deck looked like on Saturday morning when I got up. I sipped my morning cup of coffee and knew we were officially “snowed in” at the end of our quarter mile long driveway…and the snow was still falling and falling.

It fell all morning long.

I didn’t have anywhere to go on that Saturday, and the meeting my husband had been scheduled to attend had already been cancelled earlier that week when the forecasted snowfall amounts topped ten inches.

We had plenty of food in the house thanks to my grocery store run the day before, and the power (thankfully!) was still on, despite the heavy snowfall.

But that didn’t help all that much because there’s something about knowing “I can’t go anywhere” that makes me antsy.

Around midday as the snow began to taper off, my husband and son got out the tractor and loader and went outside to begin excavating. I was eager to do my part by scooping the deck, back steps, and front walkway.

I was impatient and feeling a bit trapped, so I grabbed the scoop shovel to get to work. My husband cautioned, “Don’t work too hard. Temperatures are supposed to rise and be in the 40s before too long.”

Truth be told I felt guilty.

As much as I have tried to exorcise the word “should” from my daily vocabulary and thought processses…I felt like I “should be doing something.”

So as my guys worked with the tractor moving vast quantities of snow, I worked with my shovel moving decidedly less. A path here. A trail there. A clearing along the way to the garage.

I really wanted to scoop off the entire deck and driveway, but I figured I’d give my husband’s prophetic abilities the benefit of the doubt. Maybe the weather forecast would be correct a second time and it would get warmer.

By Sunday afternoon we were able to drive the car all the way down to the main highway and take a quick trip to town.

And my husband was right — by Wednesday the snow was receding and the melt was on. Temperatures had risen and the river that flows in the valley below our house was on the rise with the runoff from the melting snow.

And today — one week later — this is what my deck looks like.

And as I look out at it, I’m reminded of the value of being patient.

Last Sunday I could have scooped and scooped myself into exhaustion to clear off the deck and driveway, and one week later, none of that would have mattered in the least because the only place there’s still snow on the deck is the spot where I threw the snow as I scooped.

Snowfall like this can become an object lesson in patience because patience — plus a few warmer days — did as much as all my scooping. And with far less effort.

How many times in life have I made work for myself because I wasn’t patient?

But what I’m seeing these day is the benefit of waiting…of being patient. Long lines become shorter, clogs can dissolve, and snow melts.

And even though I’m really glad the road crews were out there working and getting the highway cleared for traffic, I’m reminded of a northeast Nebraska blizzard earlier this month where even the road crews were called off the job until the conditions improved.

We often hear people tell us that patience is a virtue, but Lou Holtz maintained “Patience isn’t a virtue; it’s a necessity.” And I think he’s right.

Because, while time may not always seem to be your friend, it can most definitely be your ally. And sometimes, patience can be more persistent and work harder than you ever imagined.

And from here on out for the rest of my life, I’m scooping the least amount of snow I have to, and then I’m going to be patient…because spring is coming.

The long Memorial Day weekend is done, and summer is here.

Yesterday, during lunch, we talked about the time between now and Labor Day — what things were scheduled (a bunch), what we wanted to accomplish (a lengthy list), and a few quick trips we’d like to take (here, there, and yon).

Looking at the calendar, one thing is for sure: we’ve rolled out the crazy days of summer. And I have no worries that the weather will provide some hazy days.

What I’m concerned about are the lazy days.

In an effort to squeeze all the fun out of summer, sometimes we pack it too tight, fill it to the gills with a million things.

Each of those things may have merit, but they also take time.

A huge vegetable garden is also a huge undertaking. It need to be weeded, watered, and tended (so you better not be planning a two week vacation). Then it takes even more time to prep the food and jars for canning or freezing, not to mention the time for the canning itself.

That family reunion is a ten-hour car ride one way. Is twenty hours in the car a good trade for a two hour dinner?

And does it matter if your kids enter only a couple of their absolute favorite projects? Will staying up half the night baking biscuits, cornbread, banana bread, cookies, and muffins make a better memory when they’re older? 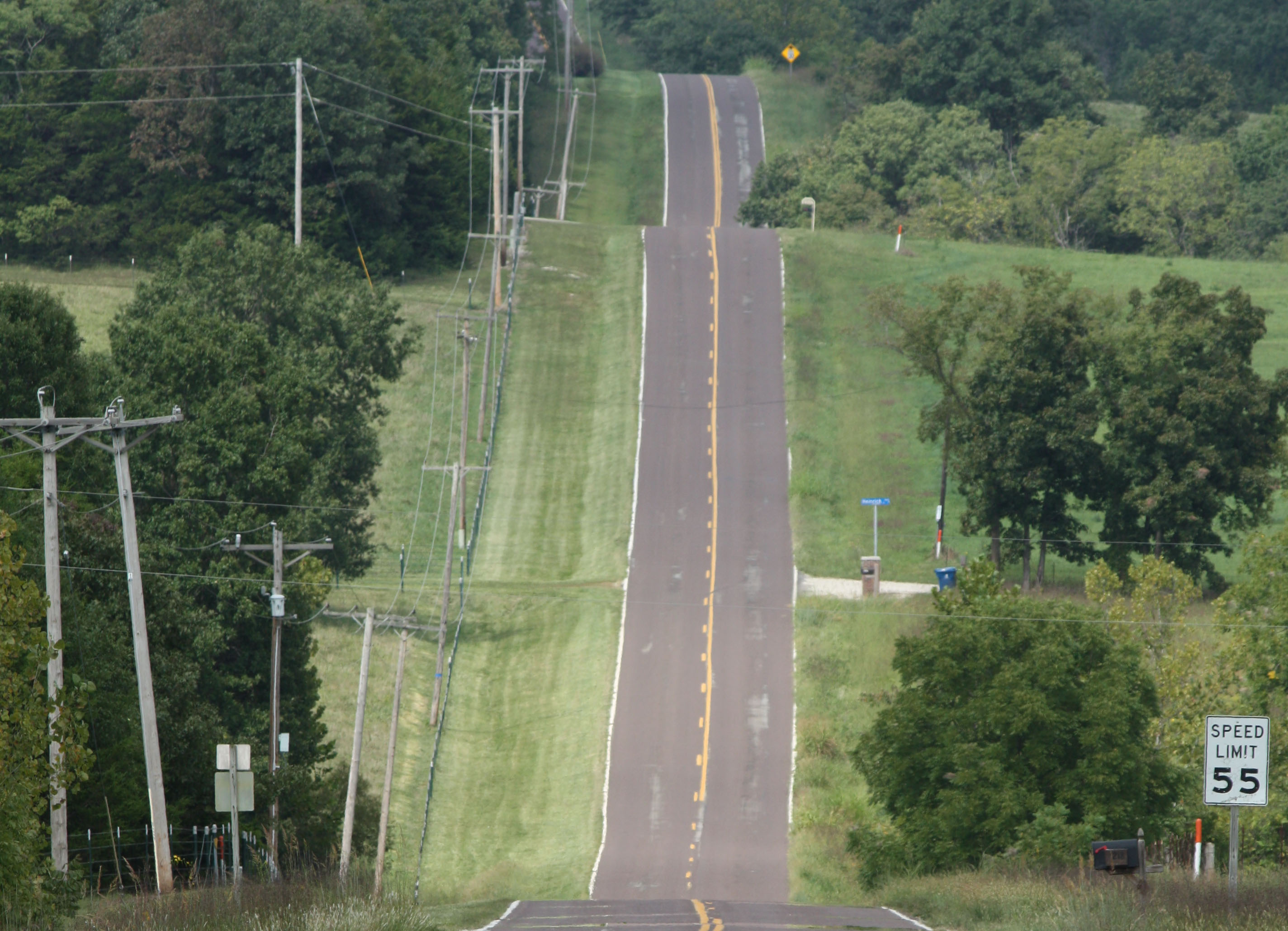 Instead, what if we chose to spend time:

What if this summer we make an effort to step off the rat wheel and not feel guilty?

What if this is the summer we make doing absolutely “nothing” part of the plan?

What if we make a point of giving ourselves time to recharge and renew with unscheduled time that simply unfolds in front of us.

Time that doesn’t involve being stuck in lots of traffic, trying to find parking spaces, and standing in long lines.

Here’s to a lazy summer. Who’s with me?