I don’t know what it is about the fall. The back to school season comes and goes, and I generally try to have a plan that doesn’t involve our family descending into total chaos and lunacy.

It all starts out so innocently. It’s Labor Day, the end of summer, a chance to reflect on everything that happened during the summer and gear up for the coming school year.

I tell myself, “It’s getting to be fall. Pretty soon there won’t be any grass to mow!” Group skating lessons start for my son… see, it’s no big deal, just a couple of afternoons a week. (well….3).

Then our local homeschool group starts its fall term, where I teach two in-person classes there (always one Shakespeare class and another literature class).

Add in one thing and another, and time rolls along like a rock down a steep hill. Before I even know what’s happened, here I am standing in the aisles of Target surrounded by Halloween costumes and candy, and I’m starting to squirrel away chocolate like it’s a magic stress reliever.

Oh who am I kidding? It is a magic stress reliever!! These days, long before lunch, I start thinking about that hunk of chocolate I’ve hidden in the top draw of my dresser, and during the afternoon circadian trough I promise myself that if I just make it to 5pm that glass of wine or bottle of beer will be M.I.N.E.

I don’t know what it is that makes time speeds up. Maybe it’s all the disruption in sleep when we leave Daylight Savings Time and return to Standard Time in a few weeks? But it’s bam, bam, bam — Halloween to Thanksgiving to Christmas to New Year’s to a school year that’s more than half over!

In the movie The Incredibles there’s the wonderful line where Helen Parr (Elastigirl) says, “Everyone is special, Dash.” To which Dash replies, “That’s just another way of saying no one is.”

I think the same thing is true with time management. If every thing is important, then nothing is. Not every thing can be a priority! The secret of making time for our priorities are sort out all the things that aren’t. And honestly, when I look at my schedule, I see that most things aren’t really priorities.

In Dante’s Inferno, one of my favorite scenes occurs in the Canto XXIV when Dante encounters the Thieves. The thieves are sentenced to spend eternity stealing one another’s bodies, bursting into flames, and reforming. Dante’s placed them way down in the seventh bolgia of the eighth circle, far lower in Hell than the Violent Against Their Neighbors (murderers) who reside in the first ring of the seventh circle. 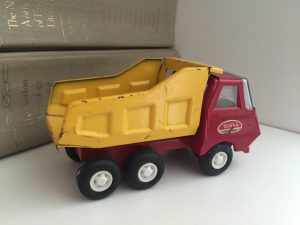 The reason for that is simple. Those who steal steal our very lives. The time we spent working a job to earning the money to buy something is time that is gone forever. When people steal the fruits of our labor (anything from a candy bar to a car), that time — that part of our lives — has been well and truly taken, and it cannot be returned. Also, thievery isn’t accidental…it’s always done deliberately. (“Oh, I’m sorry sir, I just walked into your house by accident and your television set threw itself into my arms as I walked out the door, so I decided to put it in the back of my truck.”)

The real kicker is our lives are finite; our time here is the ultimate limited commodity. I don’t get extra hours in the day or extra days in the week, and neither does anyone else. And I don’t get to add extra years onto my life to make up for all the stupid, wasted time in my youth.

So when there are loads of things that steal time away from my biggest values, I try to make a conscious effort to not steal time from myself. Each fall I remind myself that I need to make time only for those things that are really important. Work is important, my immediate family is important, and certain activities are important, but most everything else isn’t really that important…..except toilet paper. Making time to stop by the grocery to pick some up because we’re on our last roll…that’s important.