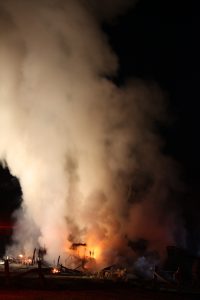 I remember an old Garrison Keillor line — something to the effect that his mother never looked back at the house as she pulled out of the driveway because she knew the house was bursting into flames behind her. I can relate to that.

I probably stew too much (and that’s something else to stew about, right?). It’s those garden variety worries that go with the territory of momming, owning a business, and homeschooling.

When friends and relatives hear you’re planning to planning to leave a secure job with benefits to become self-employed, you’re probably going to get the skunk-eye. When people hear you plan to homeschool, some of them jump on board with you and say, “That’s so terrific! You’ll be wonderful at this!!!” When you hear that…remember them (maybe even in your will) because people who activity support your commitment to being self-employed or homeschooling are absolutely worth their weight in gold.

Because there are, unfortunately and inevitably, the others.

The ones who feel compelled to say horrible things, as if it’s their moral duty to stick their noses in where they don’t belong. Why this is, I’m not sure, but they sure as shootin’ can’t keep their mouths shut.

When we talked to one family member about my leaving my career in academics to join Rich in his fledgling design studio, he said, “But what does and artist actually…DO? Why would anybody pay you for that?”

Upon hearing that we were considering homeschooling for our son, another relative told us “homeschooling can be really damaging to kids. They have trouble socially. You really ought to rethink that.”

I worried. Sure, it’s easy to say “blow it off” or “ignore them,” but sometimes at the end of a long day…those comments would echo in my head.

All those “what ifs” are something to worry about! Really! Right???

Actually, maybe not so much.

During the last umpteen years we’ve homemschooled, and the even longer list of years we’ve been self-employed, something amazing happened.

Over the years, I’ve trained myself to pay attention to what’s going on around me.

Remember the client who emailed saying, “Thank you so much for your help. You make us look terrific, and it’s always so easy to work with you.”

Remember the sheriff deputy who said, “Oh, I remember your son. He asked a really insightful question at a presentation I did.”

Somewhere along the way, I realized that most of what I worry about never happens. And I don’t want to let worry about an uncertain tomorrow be a thief of today’s joy.